The mashed potato adventure is no kind of adventure. I don't want to put up posts from my everyday life. Everybody else's blog is about their everyday life. It's no good. So, pending an actual adventure... I am already planning to be in Wyoming next spring... we will return to our previous fare, that being stories. About things happening. To fake people.
at 12:40 PM No comments: Links to this post

I get these crazy ideas

So, my roommate and I finally put up pictures in the living room, and the apartment is now like we want it. We thought we would have some people over to see the pictures. In fact, we decided to host a gallery opening, complete with brochures, wine, hors d'oeuvres and entrees, and requests for money.

For the entree, I decided on mashed potato parfaits. Did I make this up? Sort of, yes. I'd been to fundraising events where we had "mashed potato martinis," which were basically mashed potatoes with some toppings in a martini glass, but I thought, why not take it one step further? I got some large clear plastic cups and a whole bunch of potato flakes and other things to go with the potatoes, and let people mix them up.

This idea sounds fun and creative on the page, but we discovered that the results really depend on what exactly you choose to put in your cup, and in what order. When I finished making my parfait I was horrified to see that it looked a lot like the newest offering from McDonald's. Anyway, here are my friends and I sharing our creations. 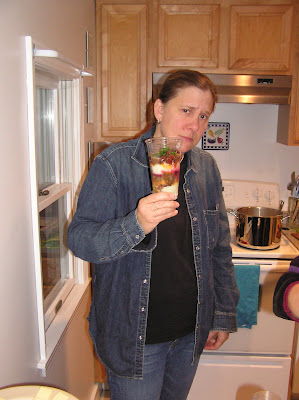 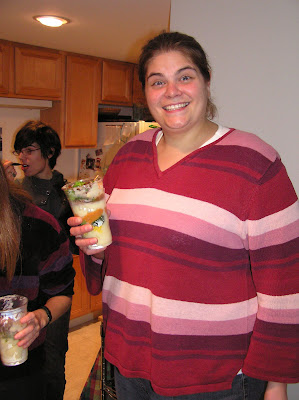 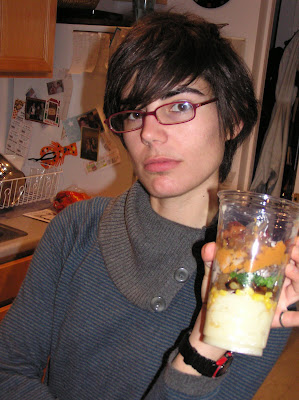 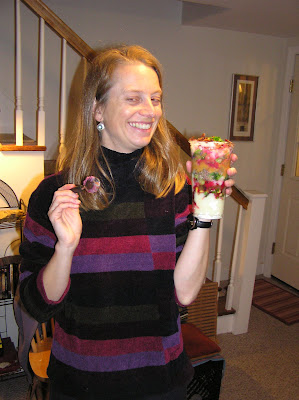 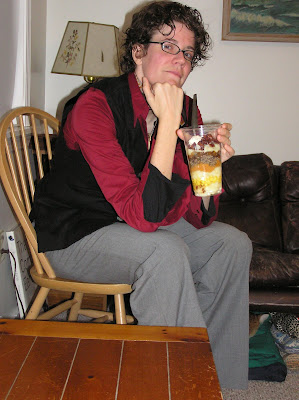 We all thought Pamela's was the nicest. 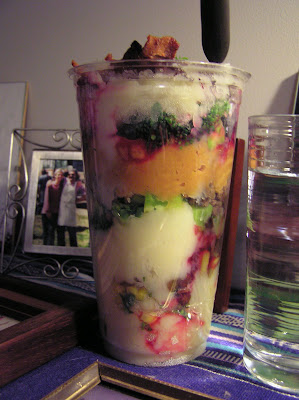 After this, we made s'mores over the electric range. And yes, you can light a marshmallow on fire with an electric coil. 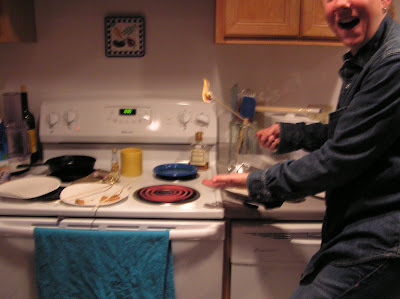 Somehow our measely little marshmallows managed to set off the smoke alarm. We only seem to set this off after midnight. The previous evening, when I was cooking the bacon and filled the whole house with smoke, not a peep.

I suppose I ought to show the pictures we were showing off (we spent most of the night ignoring them), but we did put some effort into hanging them on the wall. Spot the pics from my trip this summer. 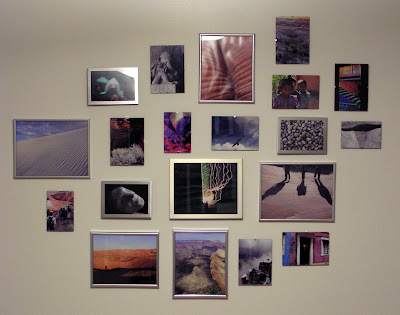